Tammany Hall on the corner of 17th Street and Park Avenue South in Manhattan is now the Union Square Theatre.

ANSWER: It is back in the news today because of the death of Edward Costikyan, 87, its last real chairman. Tammany Hall was formed when the Constitution was adopted in 1789, and through patronage and corruption, this political machine was a major force in New York state politics.
Its best known leader was Boss Tweed in the Gilded Age. For 80 years it picked Democratic nominees and controlled New York City from 1854 until Mayor Fiorello La Guardia was elected in 1933.
Its highpoint was when Gov. Alfred E. Smith (D-NY) won the 1928 Democratic presidential nomination.
Tammany Hall is best remembered for numerous graft and election fraud scandals. Manhattan District Attorney Thomas Dewey received prominent national attention by prosecuting key leaders of Tammany Hall.
Dewey won dozens of bribery convictions and was able to link Tammany Hall to powerful organized crime figures such as Lucky Luciano and Frank Costello. His track record as a corruption and crime fighter was a key reason the GOP nominated Dewey for president in 1944 and 1948.
Reform efforts finally forced Tammany Hall to collapse in the early 1960s.

Assemblywoman Jane Corwin is the second most conservative member of the New York state legislature. She has an MBA and is the mother of three children. She was defeated in a 2011 special election by a 47% to 43% margin for an open seat in the U.S. House of Representatives.
You can read more about the contest rules and background at: The 45 Most Admired Republican Women Under 45

It was a sad day for conservatives in 1989 when then Rep. Donald Lukens (R-OH) was involved in a sex scandal, but new leaders emerged. The Congressman’s former legislative assistant is now Gov. John Kasich (R-OH) and the man who defeated Lukens in the 1990 GOP primary is now Speaker John Boehner (R-OH). END_OF_DOCUMENT_TOKEN_TO_BE_REPLACED 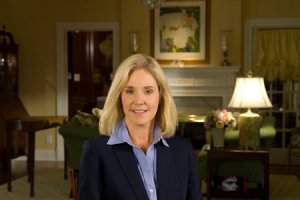 Congressman Chris Lee’s (R-NY) abrupt resignation yesterday was shocking news. He permanently left the House of Representatives just three hours after the scandal hit, and his decision surprised many because it was a political storm he could have survived. Then Congressman Mark Souder (R-IN) did the same thing last year.

He also was confronted with accusations of adultery, and left by saying “I sinned against God, my wife and my family by having a mutual relationship with a part-time member of my staff.”

Chris Lee has a beautiful wife and family, a net worth of $8.7 million, and had just been appointed to the powerful Ways and Means Committee. Lee, 46, was highly regarded and his speeches on job creation were effective. He ran a family manufacturing business, and transformed it from a small machine shop to a global enterprise.

He appeared to have a bright future until his e-mail exchange with a 34 year old woman was revealed. The  Washington Post commented:

What married politician would be stupid enough to troll for women online using his real name, email and photo? It used to be, when people in power had affairs, they did it right. You met people and committed indiscretions in person, the old-fashioned way.

Lee did not tell the woman he was a Member of Congress, but she figured it out by tracing his e-mail address which was linked to his now discontinued Facebook profile.  She was initially upset because he claimed to be seven years younger than his actual age. A snap poll in his district last night showed 67% of the people saying he should not have resigned.

New York is rarely a safe place for Republicans, although the GOP does have an advantage in this district. Lee was re-elected in 2010 with 74% of the vote against a weak challenger. There will not be a primary to select Lee’s replacement. Instead, party leaders will choose the candidates.

The logical choice is State Senator George Maziarz, who says he is “very interested.” However, if the GOP loses his seat it would mean the Senate would flip to Democratic control.

Wealthy Assemblywoman Jane Corwin has an impressive record and would have the ability to self fund her campaign. She is the mother of three children and has an MBA.

She defeated incumbent Mike Cole in the 2008 GOP primary. He had been censured by the legislature after admitting to drinking excessively with a student intern and spending the night in her apartment.

Several of Corwin’s budget cutting ideas have already been adopted by Gov. Andrew Cuomo (D). They include a pay freeze for public employees and a property tax cap. Some prominent district leaders have already described her as the frontrunner. Corwin is not making any statement about a campaign but spoke of the states financial crisis:

Years of irresponsible spending, no accountability and rampant special interest lobbying have created a $10 billion budget problem in New York. We hold a dubious distinction: our median property tax bill is 96% higher than the national average. No state known as the tax capital of the world will have an optimistic future.

The seat is viewed as one potential casualty of the coming redistricting process. Though it did not lose as much population as the neighboring districts represented by Reps. Louise Slaughter and Brian Higgins, it is nonetheless part of a region that hemorrhaged population since the last Census. New York will be losing two Congressional seats in 2012.

New York has lost two seats and it is likely there will be some combination of the districts of Democratic Reps. Joseph Crowley, Carolyn Maloney and Gary Ackerman. The last time New York had 27 House seats was in the early 1820s, when the chamber had 181 seats. The two upstate districts with the heaviest population losses are in the western part of the state and are represented by Democratic Reps. Brian Higgins and Louise Slaughter. With a Democratic Governor and state Assembly and a GOP Senate, expect each party to lose a district.

Yesterday’s release of the Census Bureau data allows the 2012 Congressional reapportionment process to begin. Drawing the new maps will be the subject of considerable speculation for the next six months. The GOP will gain at least six seats, and they are practically assured of pickups in Texas, Georgia, South Carolina and Utah. Also, several vulnerable Republicans will see favorable territory added to their districts.
The liberal Huffingtom Post does not agree with this assessment. Their current headline article is “Reapportionment Not Necessarily Good News for Republicans” by Robert Creamer. He is the same author who wrote their analysis explaining why Democrats would keep control of the House. END_OF_DOCUMENT_TOKEN_TO_BE_REPLACED

The proposed “Mega Mosque” at the Ground Zero site in lower Manhattan received a green light on Tuesday when the New York City Planning Commission voted not to extend the landmark status on the present building at 45-47 Park Place.
It is the former Burlington Coat Factory. The Commission voted unanimously and said there was nothing distinctive about the 152 year old building. That means the owners can tear down the present structure and replace it with a $100 million 15 story Islamic community center and mosque.
The mosque has generated considerable controversy and the present Mayor of New York City and his predecessor represent opposing camps in the controversy. Rudy Giuliani was in office from 1994 until December 31, 2001.
He is often described as “America’s Mayor” and was the incumbent at the time of the 9/11 attack. Giuliani was Time magazine’s 2001 “Person of the Year,” and for several months in 2007, he was the front running GOP presidential candidate. He has given several interviews in opposition to the mosque and says:

It’s a mosque backed by an imam who has a record of support for causes that were sympathetic with terrorism. Come on! We’re gonna allow that at ground zero? This is a desecration. Nobody would allow something like that at Pearl Harbor. Let’s have some respect for who died there and why they died there. Let’s not put this off on some kind of politically correct theory.

I mean, they died there because of Islamic extremist terrorism. They are our enemy, we can say that, the world will not end when we say that. And the reality is, it will not and should not insult any decent Muslim because decent Muslims should be as opposed to Islamic extremism as you and I are.

CBS and NBC both refused to air a “Kill the Ground Zero Mosque” television ad. Giuliani’s viewpoint is supported by the Anti-Defamation League, former Gov. Sarah Palin (R-AK) and former House Speaker Newt Gingrich. Palin issued a plea to “Peace-seeking Muslims, please understand, the Ground Zero mosque is an unnecessary provocation. It stabs hearts. Please reject it in interest of healing.” She went on to say the 9/11 attack caused “catastrophic pain” and the “Twin Towers site is too raw, too real.”

Incumbent Mayor Michael Bloomberg has an opposing view. Yesterday the Mayor was joined by 10 religious leaders who welcomed the mosque, and Bloomberg said:

We may not always agree with every one of our neighbors. That’s life. And it’s part of living in such a diverse and dense city. But we also recognize that part of being a New Yorker is living with your neighbors in mutual respect and tolerance. It was exactly that spirit of openness and acceptance that was attacked on 9/11, 2001.

The simple fact is, this building is private property, and the owners have a right to use the building as a house of worship, and the government has no right whatsoever to deny that right. And if it were tried, the courts would almost certainly strike it down as a violation of the U.S. Constitution.

February 2009, the President and Rep. Charles Rangel (D-NY) are shown in the East Room of the White House. In the center is the late Sen. Ted Kennedy (D-MA). This was Rangel's highpoint. The next month he would lose his Chairmanship of the most influential committee on Capitol Hill.

The House Ethics Committee yesterday released an in-depth report on its 21-month investigation into the financial dealings of Rep. Charles Rangel (D-NY). Rangel is the former Chairman of the powerful Ways and Means Committee, and the report describes how he used that role to request contributions of $30 million a piece from many of the nations top corporations. The recipient was his vanity project at City College of New York (CCNY) which was intended to be similar to a presidential library. END_OF_DOCUMENT_TOKEN_TO_BE_REPLACED