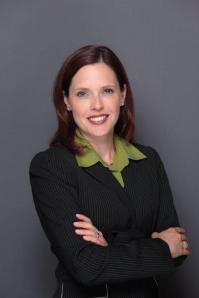 Mercedes (Mercy) Schlapp, 39, served on the White House senior staff during the George W. Bush administration. She was the primary spokesman on all Spanish language and religious issues.
Her husband was Bush’s Political Director and they met in the White House. She is now the mother of four daughters, and is expecting her fifth in January! Schlapp was well known at the RNC where she served as host of their web show, and was one of the party’s major surrogate speakers.
When Bush left office she formed Cove Strategies which has assisted numerous GOP campaigns, and she is part of Speaker Boehner’s inner circle. Schlapp has a MA from George Washington University, and frequently debates liberal Bob Beckel on Hannity’s Great American Panel. He is no match for her firm grasp of economic and national security issues.
Schlapp has scored so many debating points that Beckel no longer mentions Obamacare. Dr. Lori Snyder described Schlapp as “always brilliant, on target and exceptional.”
Schlapp is also the only Republican on the political pundit panels hosted by CNN and Univision. Her main message is “With the Hispanic population in the U.S. reaching 50 million, the Republican Party has to understand their concerns. They are receptive to conservative appeals, and ignoring the second largest minority group is not an option.”
We assumed she spent many hours preparing for her TV appearances, but Schlapp says she often does not know the topic until arriving at the studio.
A considerable amount of her free time is spent on ballet rehearsals and piano recitals for her daughters.
You can read more about the contest rules and background at: The 45 Most Admired Republican Women Under 45

Columnist and author Michelle Malkin, 41, is smart, successful, scrappy, charming, and a relentless worker. It has been three years since she moved away from DC, but fortunately she does come back to visit.
Her book, “Culture of Corruption” (Regnery), was #1 on The New York Times Bestsellers List. She is the star of the 2011 “Great American Conservative Women Calendar,” which is published by the Clare Boothe Luce Institute. She replaced Carrie Prejean who was the real 2009 Miss USA, and not too many 5′ 2″ 41 year old women can make that claim.
You can read more about the contest rules and background at: The 45 Most Admired Republican Women Under 45 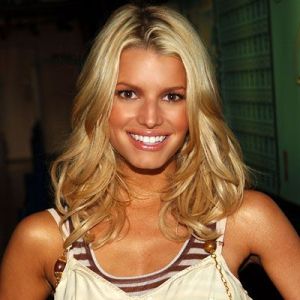 HONORABLE MENTION: We did not think of Jessica Simpson, 31, but she was nominated by our readers, and they always have good judgment.
Simpson is pregnant and for the first time since 2001 she will not be spending Thanksgiving and Christmas on tour with the USO. No living celebrity can match her record number of USO appearances. She frequently performs with NFL cheerleaders at U.S. military installations around the world.
Simpson is a Republican and performed at both Bush Inaugurals. She has visited five aircraft carriers, and always eats with the troops, signs autographs and poses for thousands of photos. She is not paid, and says “I stay in the barracks and rough it like the soldiers. I want to make them smile.
I appreciate the sacrifice the troops and their families are making to keep us safe. I’m forever changed because of the USO, and I am glad they keep asking me to come back.
“I like to close my show with ‘God Bless America’ and to have the soldiers and sailors sing along. It is my favorite time to be on stage. It is similar to a prayer. Back home ‘God Bless America’ is something you grow up singing and don’t realize it’s a prayer until you’re in a war zone and see these soldiers asking God to bless America. It’s very powerful for me.”
Simpson has seven Billboard Top 40 hits, three gold and two multi-platinum studio albums. She portrayed Daisy Duke in the movie version of the television series “The Dukes of Hazzard”.
You can read more about the contest rules and background at: The 45 Most Admired Republican Women Under 45

State Senator Melanie Sojourner, 43, of Natchez, Mississippi defeated incumbent Bob Dearing (D) by 414 votes (51% to 49%). He held the seat for two decades and previously spent 10 years in the House. When he was elected 30 years ago, Republicans were a distinct minority in the legislature.
Senator Dearing, 76, was Chairman of the powerful Oil and Gas Committee, and outspent Sojourner by a 5 to 1 margin. Even though the candidates were in agreement on both issues, Dearing had endorsements from the NRA and Mississippi Right to Life. He refused to discuss Barack Obama, but could not overcome the White House albatross.
Sojourner repeatedly said the incumbent had voted for “billions in higher taxes and fees,” and had done little to reduce the size of government. The pork barrel spending he bragged about in the past was used against him this year by the Republican.
She said “When I began this race many people told me it was impossible to oust an entrenched incumbent. I knew it was going to be a long road, but a lot of people helped me.”
In addition to taxes, a major issue was education spending. The incumbent wanted to increase spending but Sojouner noted that 62% of the budget was already devoted to education, and the focus should instead be on “accountability and results to match the funding. . . We need good paying jobs so our children will want to stay in Mississippi. We can recruit new businesses if we abolish many of these of burdensome regulations and keep taxes low. We have to be aggressive in turning things around. It’s going to take a lot of energy, passion and a common-sense approach.”
Sojourner is a graduate of Louisiana State University and the mother of two children. She has served as an official of both the Farm Bureau and the Cattlemen’s Association. Her family has run the same farm since 1814.
You can read more about the contest rules and background at: The 45 Most Admired Republican Women Under 45